Brown
Avriel "Avi" Benjamin Kaplan (born April 17, 1989) was the bass vocalist of Pentatonix. He and Kevin agreed to join Scott, Kirstin and Mitch to form a band to compete in the NBC singing competition The Sing-Off, and has since gone on to record and tour with Pentatonix, becoming a notable influence in their sound. In 2017 he announced that he was leaving the group.

On June 9, 2017, Avi released his first solo album "Sage and Stone" under the name Avriel & The Sequoias. Because of the name, many have mistakening it for being a new group, but the Sequoias are a large group of giant trees in California, that are the inspiration for Avi's love for the forest.

Avi is 5' 11". He has long dark brown hair, which is most often seen pulled back into a low "man bun". He has hazel/green eyes.

Avi Kaplan was born and raised in the small town of Visalia, California, but moved to Upland, California, in 2007 to attend school at Mt. San Antonio College in Walnut, CA.

Avi Kaplan is a serious student of classical music who also plays guitar, composes and arranges music for both choral and a capella. A Visalia, CA native, Avi moved to Walnut, CA in 2007 to attend Mt. San Antonio College, known worldwide for their strong choral and a capella tradition. In 2008 he joined Fermata Nowhere, a high-energy male a capella group that became the first community college a capella entrants to win the prestigious ICCA. Avi won the competition’s award for “Best Rhythm Section,” the first year that this award had ever included a vocal bass (the award was called “Best Vocal Percussionist” before Avi’s victory prompted the language change). In his third year at Mt. San Antonio, Avi joinedySincopation, an award-winning jazz ensemble that won the Monterey Jazz Festival Competition in his first year.  He has performed at venues worldwide, including New York City’s Lincoln Center and Carnegie Hall." (quotation from the official website)

Avi loves playing guitar, composing and arranging music (including choir and a capella) and is training in opera.

Along with classical music, Avi's singing voice was low in several vocal jazz and contemporary a capella groups in the last 7 years. In 2008, he joined "Fermata Nowhere", a cool, high-energy, in-your-face, male a capella group of Mt. San Antonio College. In its second year, "Fermata Nowhere" won the ICCA, the first community college ever to do so. In this competition, Avi received a special award for "Best Rhythm Section" in previous years, the award had been coined the "Best Vocal Percussionist" and had never been assigned a low voice. Avi was the first bass vocal to be given this award and the name of the award was changed specifically to honor him.

While planning to audition for The Sing-Off, Scott, Mitch and Kirstin were advised to add a bass and beatboxer to their group.

Scott had a friend who knew Avi and was able to get in touch with him, they then found Kevin by searching beatboxer on YouTube where his video came up of him playing cello and beatboxing.

On May 12, 2017, he announced that he was departing the group following their upcoming tour. On September 3, 2017, he had his last performance as a part of PTX.

Avi was born to Shelly and Michael Kaplan. He has two siblings: Esther, his older sister who is also Pentatonix's tour manager; and Joshua, his older brother who lives in Israel. He cherishes his family, mentioning them in various interviews. Avi is Jewish, which, as he mentioned in a final episode of The Sing-Off, caused him to be the target of bullying in school. Both his first and last names are traditionally Jewish names. One of his favorite music genres is country / bluegrass. 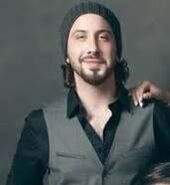 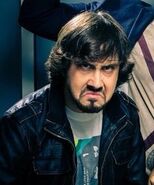 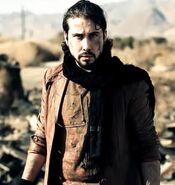 Avi as a child 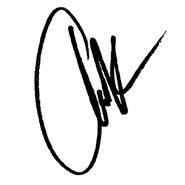 Retrieved from "https://pentatonix.fandom.com/wiki/Avi_Kaplan?oldid=7492"
Community content is available under CC-BY-SA unless otherwise noted.